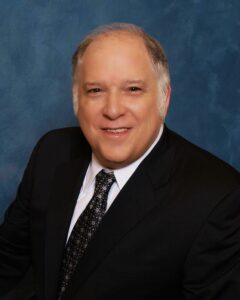 I am an attorney who is fiercely dedicated to protecting the rights of my clients.  I have thirty-five years experience as a litigator in federal and state courts throughout the United States, mostly in New Jersey and New York.  Currently, I have a diverse litigation practice, based in Florham Park and focused in Central and Northern New Jersey.  Over the years, I have won multi-million dollar verdicts and settlements in commercial lawsuits, partnership disputes, real estate matters, divorce actions, employment cases, contract disputes, intellectual property cases, civil rights actions and appellate matters.  I have represented public companies, small businesses, entrepreneurs, professional athletes, public figures, entertainers, Soviet dissidents and citizens in a wide variety of lawsuits.  I have been rated as a Super Lawyer for the past four years.  I have been featured on the front page of the New Jersey Law Journal, the Newark Star-Ledger and Page Six of the New York Post.  I do not shy away from hard cases or difficult opponents.

After graduating from New York University School of Law with a Masters of Law (L.L.M.) and Brooklyn Law School with a Juris Doctor (J.D.), I had the privilege of serving two one-year judicial clerkships.  In the late 1970’s, I was the law clerk to the Honorable Joseph Halpern, New Jersey Superior Court, Appellate Division.  The following year, I served as the law clerk to the Honorable Alan B. Handler, Associate Justice, New Jersey Supreme Court.
In 1981, I was appointed as the youngest Adjunct Professor at Brooklyn Law School at that time.  Between 1981 and 1990, I taught an elective class in Appellate Advocacy.  During that time, I also gave a lecture on Statutory Analysis to students in the Judicial Clerkship Clinic.  I also coached several Moot Court Teams at Brooklyn Law School.  I had the privilege of teaching and training some very good lawyers.

Over the years, I have won many significant victories in commercial cases, divorce actions, employment cases, civil rights lawsuits, class actions, intellectual property matters, partnership disputes, contract actions and real estate matters.  I have more than twenty-five reported decisions.  I have had the privilege of representing Soviet dissidents, Vladimir Bukovsky and Aleksey Tumerman.  I participated in the representation of Walter Polovchak, the “littlest defector”, the twelve year-old Russian boy who refused to return to the Soviet Union with his parents during the 1980’s.

I have represented
– citizens in constitutional challenges to the Highlands Act  and “Hair Trigger” municipal ordinances  in New Jersey;
– parties in class actions relating to eating disorders, telephone calling cards and unreimbursed medical expenses;
–  a physician whose revocation of his medical license was reduced to a suspension;
–  parties in divorce actions concerning the division of substantial marital assets and compliance with court orders;
–  partners in  disputes over the use of partnership names, leases, telephone numbers and the division of     partnership assets;
– family members in disputes over gifts from family members and will contests;
– an investor in thoroughbred horses in a RICO case involve overcharging and other wrongdoing;
– executives in employment actions against Fortune 500 companies and other businesses; and
– parties in construction cases concerning defects in workmanship and materials.
Presently, after my affiliation with several prestigious law firms in New Jersey and New York, I operate my own diverse litigation practice.  My clients know that I represent them with undivided loyalty and great ferocity.  I will bring that same devotion an drive to your case.

Do You have a Case?